After 28 years with the Fairview Township Police Department, Chief Jason Loper is retiring.  His last day was yesterday.

Chief Loper joined the department on September 4, 1994 and will be using leave time until he reaches his official retirement date of September 30, 2022.

After spending five years as a  patrol officer, Loper became the department’s Detective at the end of 1999.  As Detective, he worked several high-profile cases and made hundreds of arrests.  Among those included a homicide case that was featured in several true-crime TV shows. He received numerous awards and commendations both from the department and from outside organizations. More meaningful, however, were the many cards and letters of thanks from crime victims and even those he arrested over his career.

For many years, Loper served as the department’s use of force and firearms instructor.  He was instrumental in adopting patrol rifles and Tasers within the agency.

In March 2012, Loper was promoted to Lieutenant. After a sudden departure of the Chief in November of that year, Loper found himself in the position of Acting Chief of Police.  In 2014, he was appointed Chief of Police by the Fairview Township Board of Supervisors.

During the 10 years he has overseen the department, there have been several positive changes.  Included in those were getting the department properly staffed and trained, improvements in the patrol schedule, improving the morale among the staff, improving police-community relations, implementation of body cameras,  as well as the construction of a new police station. During his tenure, the department earned the Premier Agency status by the PA Law Enforcement Accreditation Commission, something that only 21 of over 1,100 police departments in the Commonwealth have achieved.

Most importantly was the significant reduction in crime in Fairview Township.  Over the past 10 years the department’s Part I crimes (murder, rape, robbery, assault, burglary, theft, and arson) have decreased over 50%.  At the same time, the clearance rates of those crimes that did occur were consistently higher than the average within York County and the Commonwealth of PA.

Taking over for Chief Loper will be his Lieutenant, Davis Holland.  Lieutenant Holland has been with the Fairview Township Police Department for 23 years and will assume the title of Chief on October 1st. 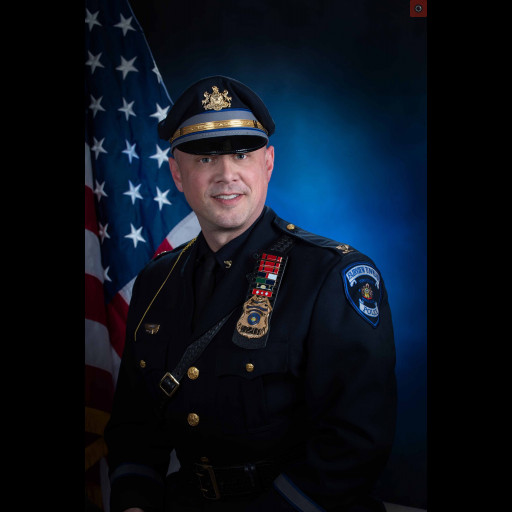