The West Manchester Township Police Department announces the retirement of Sergeant Patrick Hinds.  Sergeant Hinds' final tour of duty ended at 0700 on July 24, 2020, after more than 35 years of service to West Manchester Township.  On April 1, 1985, Sergeant Hinds started with the Department as a Patrolman, and was subsequently promoted to the rank of sergeant in 2005.  He finished his career supervising a shift in the patrol division.

Sergeant Hinds specialized in motor carrier enforcement for a significant portion of his career, and received the Department's Wounded in Combat Award stemming from being shot in the line of duty in 1995.  Many would not have returned to duty after such an injury, but Pat continued a long and honorable career for 25 more years.

Pat's career was marked by outstanding service and empathy for the citizens we serve.  The members of the Department join his wife and four sons in wishing Sergeant Hinds good health and happiness in all his future pursuits. 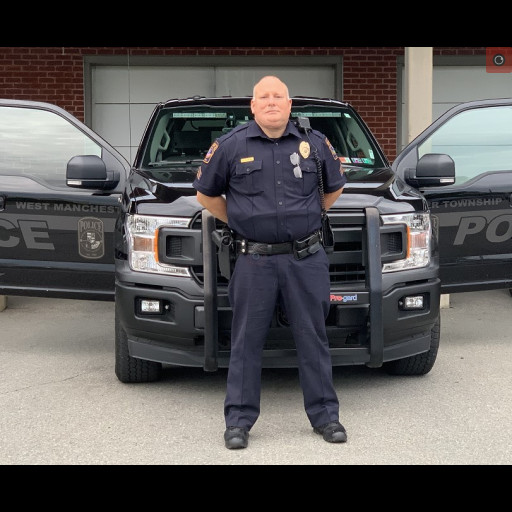