On January 29, 1960, the West Manchester Township Supervisors received a petition signed by 56 Township residents requesting they consider forming a full-time police department. In response to that petition, they directed the solicitor to look into an ordinance to form such a department. As a result, Resolution 60-1 was adopted on February 26, 1960, establishing the West Manchester Township Police Department.

Prior to the resolution, the Pennsylvania State Police provided police protection. Additionally, G. Cleveland Zimmerman, a Constable and owner of his own private detective agency, had a hand in providing an element of public safety. In fact, in the minutes of September 27, 1957, it is noted that the supervisors granted permission to Zimmerman to hire additional help during the Halloween season. According to a newspaper article of October 8th, Clair Gross, a special school patrol officer, was named as a special police officer to assist Zimmerman curb vandalism and destruction of property by pranksters.

Resolution 60-1 called for a chief and one patrolman. Force members were to serve a probationary period of three months unless the Township was satisfied as to the ability, integrity and experience of the applicant. Shifts were established to be eight hours a day for six days a week. The officers were expected to be available 24 hours a day for emergency calls.

Having served the Township for four years prior to the department's formation, Cleve Zimmerman was appointed Chief of Police. Seventeen thousand dollars was allocated to provide uniforms, equipment and salaries for the Chief and a patrolman. From this was allotted $2,102 for the bid by Ammon R. Smith Auto Company for a new 1960 police automobile. Peak Radio Service was awarded $1,343 for the contract for radio equipment. 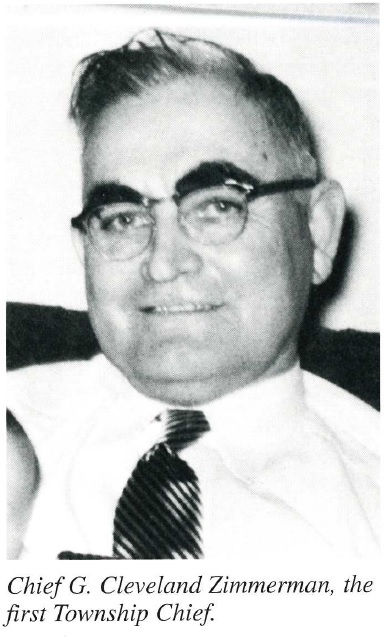 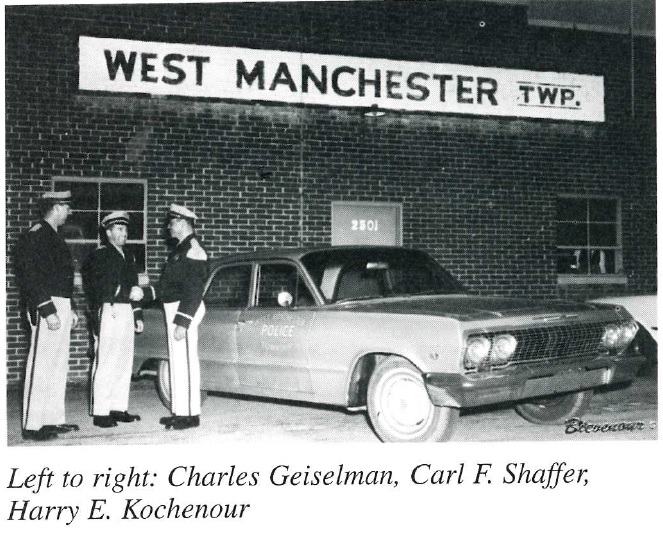 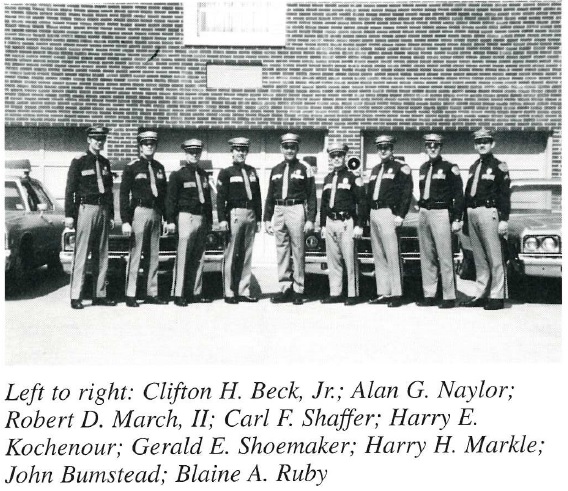 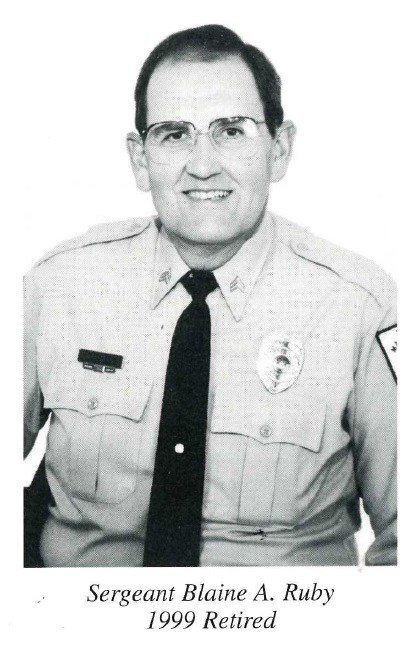 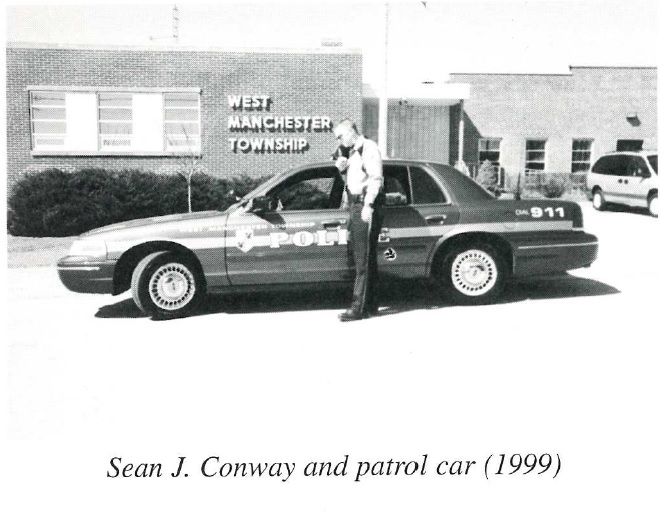 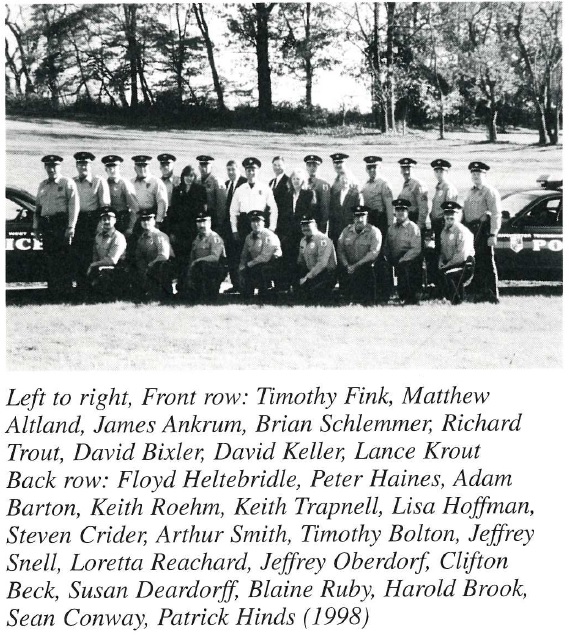