On Saturday, June 5th, 2021, York City Police Officer Clark was in the area of S. West St and W. King St. when he heard several gunshots being fired. Officer Clark began to investigate when he located the suspect. An attempt was made to stop the individual, but the suspect fled on foot. A brief pursuit ensued at which point the suspect was taken into custody. A firearm was located nearby. The suspect was identified as Alexis CADO-Suero. CADO, wanted in the murder of Tyree Smart, was transported to central booking for arraignment.

On Saturday, March 27th, 2021, at approximately 2:53 pm, York City Police responded to the 300 block W. Newton Ave for the reports of a shooting. Upon their arrival, officers discovered a 16-year-old male with apparent gunshot wounds. Officers immediately provided aid to the victim who later died from his injuries. York City Detectives were called upon to investigate. 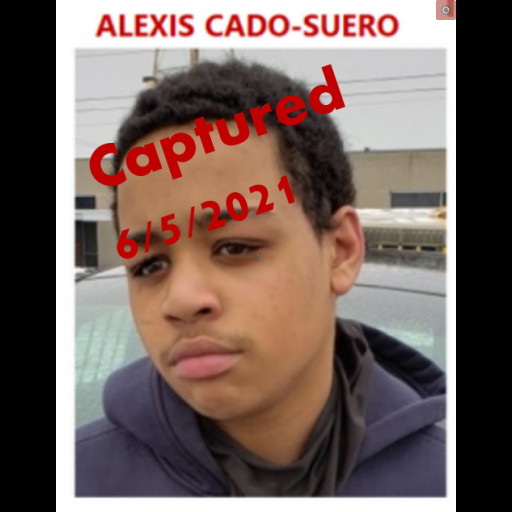