Chief Bankert has tirelessly put the City of York first and felt that it was necessary to find a replacement that would continue the numerous initiatives that he has created.  “The replacement of a Chief of Police should not be rushed and one of the main reasons that I announced my retirement early was so that the transition could be made as smoothly and responsibly as possible” said Chief Troy Bankert.

Chief Bankert’s first consideration for his replacement was to promote internally. However officers were reluctant to uproot their families and move, or have their children change school districts.  Since an internal promotion was no longer a viable option Mayor Helfrich and Chief Bankert began looking outside the Department. Mayor Helfrich had previously completed a search when considering Chief Bankert and these, among other candidates were reconsidered. Out of a number of viable candidates one individual stood out amongst the rest.  On September 10th, 2019 Mayor Michael Helfrich announced the Osborne “Moe” Robinson III as his choice for the next leader of the York City Police Department.

“I am extremely excited to have Moe Robinson lead the York City Police Department for two reasons.” said Mayor Helfrich “He comes with a resume that can’t be beat and he is Chief Bankert’s personal pick to replace himself.” “I believe Chief Bankert has done a great job leading our police department and mending and building relationships between York City residents and our police officers. Chief Bankert gives me every assurance that Moe Robinson is the person to continue this work.”

Robinson is a graduate of the FBI National Academy Session 268 and is entering his 27th year in law enforcement. Robinson currently serves as the Deputy Chief of Reading Police Department in Reading, Pennsylvania.  He began his law enforcement career with Baltimore City Police Department in 1993 and served with them for 25 years before retiring in 2018.  During his tenure with Baltimore PD he served in various assignments including the Violent Crimes Task Force, Eastern District Special Narcotics Initiative, Criminal Intelligence Section, Crime Analysis Unit, and Human Resources.  He held command level positions as Executive Officer in the Northeastern District, Commander of the Western District, Area Commander, Chief of Patrol Division and Chief of Inspectional Services & Integrity Division. As Chief of Neighborhood Patrol Division Robinson was responsible for 1200+ police officers and an operating budget of $256 million dollars.

During his time with Baltimore City Police Department Robinson implemented innovative community programs such as “Friday Night Lights”, a police sponsored youth flag football league, and the “Baltimore Police Department Bridge Program”, a student enrichment program. He also developed the “Homeless Outreach Team (H.O.T)” which connects the homeless population of Baltimore directly with services. As Deputy Chief in Reading, he spearheaded the creation of “Hot Chocolate with a Cop” and “Barbershop Rap Sessions”.

“Deputy Chief Robinson’s background and philosophies make him the perfect candidate for this position and to serve the people of York City,” said Chief Bankert.

Robinson will work alongside Chief Troy Bankert beginning in October as Police Administrative Advisor until being appointed as the next leader of the department with City Council approval upon Chief Bankert’s retirement in January.  Robinson plans on moving into York City and will act as a Commissioner for the Department upon his appointment. 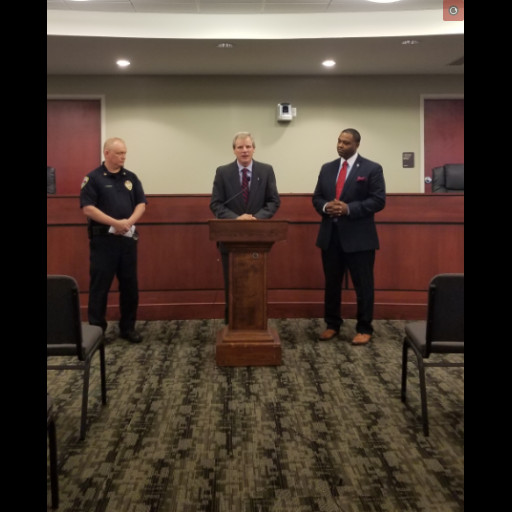 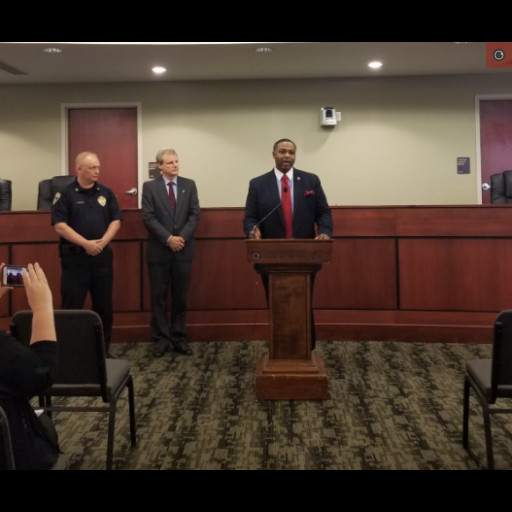