On August 20th, 2019 the York City Police Department was called to the area of the 200 block of E. Philadelphia St for a shooting.  During their investigation it was discovered that a 5-year-old child had been in a vehicle in the care of his mother’s boyfriend, Adrian Moye, 28, of York.  The child was found suffering from a gunshot wound and ultimately died.  During the investigation, the pistol involved in this incident was found near where the vehicle was parked.  It was also determined that Moye was in possession of this pistol prior to the incident and the investigation recovered additional contraband.

Moye, a previously convicted felon, was arrested for Felons Not to Possess, Possession with Intent to Deliver, and Endangering the Welfare of a Child for this incident.  On October 2nd the U.S. Attorney’s Office for the Middle District of Pennsylvania indicted Moye by a federal grand jury and charged him with unlawful possession of a firearm and ammunition.

It remains undetermined whether this death was the result of an accidentally self-inflicted gunshot or an accidental discharge.

Attached is the official release of the U.S. Attorney’s Office. 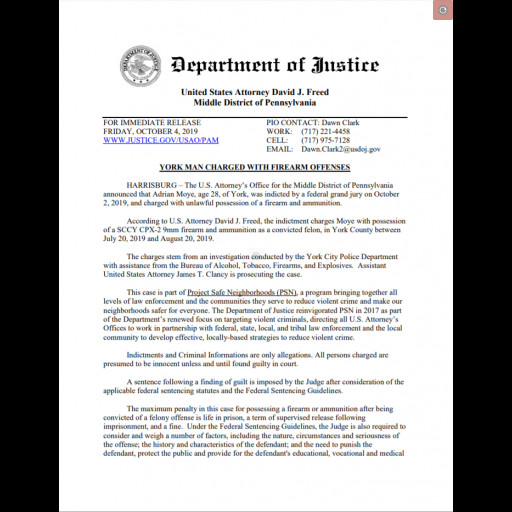 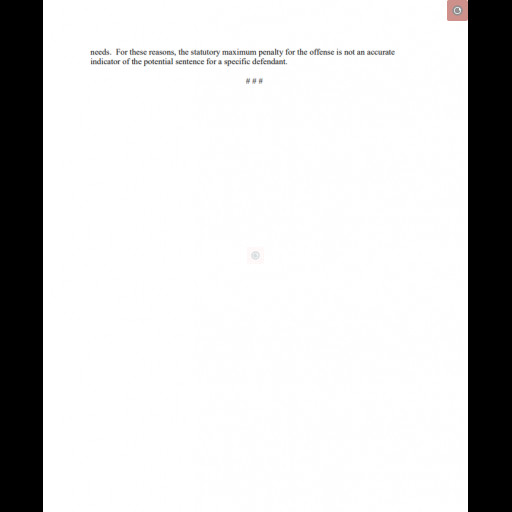