This evening (12/19/2019) at 4:41 p.m., West York Fire & Police units were dispatched to 11 S. Highland Avenue [West York Borough] for the report of a structure fire.  Within less than 1 minute, Police units arrived on the scene and discovered a multi-story detached home with smoke & fire coming from the 2nd floor. Police units began to control the area, and an initial arriving police officer gained access to the building, making way to the 2nd floor to search for occupants. Other police officers located the residents which had fled the structure, and began to assist them.

The Fire Department did an AWESOME JOB controlling the fire & keeping it in check. Through their aggressive tactics, the fire was contained and conditions were held and under control in short order. Primarily, damage was isolated to the initial fire floor (2nd floor) with smoke & water damage to the 1st floor (which was under construction).  Neighboring exposures were protected and suffered minimal damage. 1 Firefighter was ultimately taken to an area hospital for a 2nd degree burn, his condition was stable and he will probably be released from the E.R. yet this evening.  Three occupants (a family of 3) were displaced and initially taken to WYFD (Station 1) by FF N. Love to be sheltered from the cold temperatures. Please keep this family in your thoughts & prayers.

Additionally, the Borough Animal Officer (Metzler) responded to assist with any pets that were in the structure, as did Borough Manager Shawn Mauck, Borough Admin. Asst. Dawn Hansen, and Borough Highway Dept. Personnel to assist with logistics and transportation on scene.

The cause of the fire is currently under investigation by WYFD / WYBPD investigators. 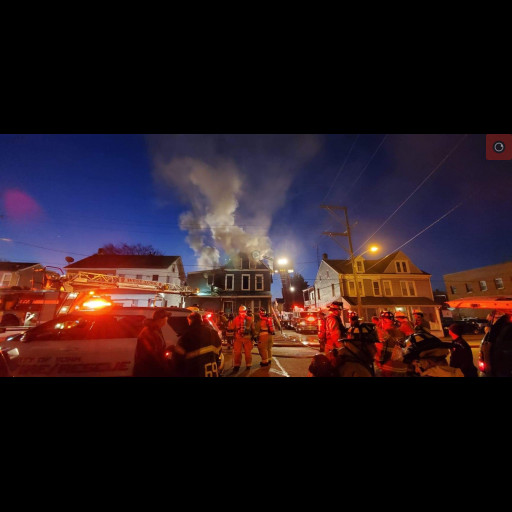