On May 9, 2019, Officer Michael Jordan from West Manchester Township Police Department was recognized at the York City Police Department awards ceremony held at the Valencia Ballroom.  Officer Jordan assisted York City Police on July 1, 2018 with the arrest of an armed robbery suspect.  The suspect was in possession of cash from the crime, as well as a loaded handgun at the time of his arrest.  Chief Bankert recognized Officer Jordan with a Chief's Commendation award for the assistance he provided during the incident. 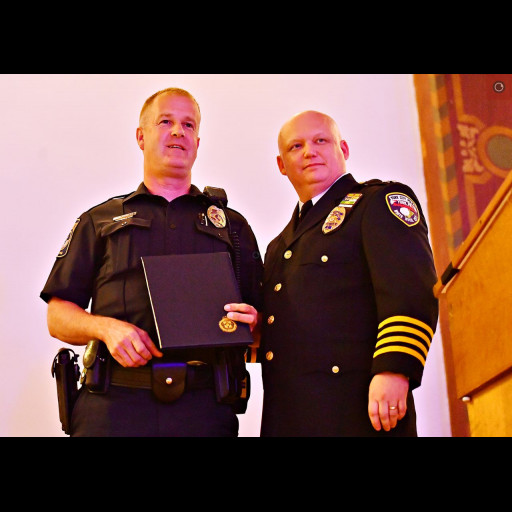