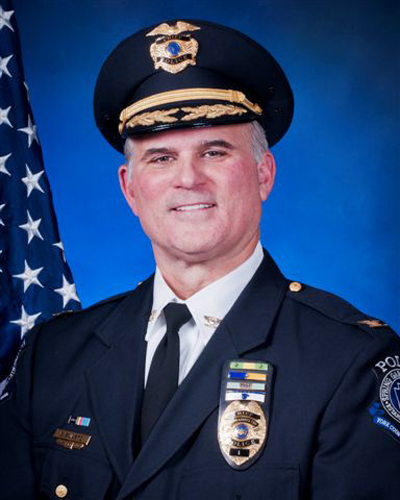 George J. Swartz, Jr., was appointed Chief of Police for the Spring Garden Township Police Department in April, 2001. Chief Swartz is responsible for a department of 24 employees and a $2 million budget.

Chief Swartz began his law enforcement career in 1980, when he joined the City of York, PA Police Department. He held a variety of positions throughout his career retiring in 2001 holding the rank of Captain. He has received numerous community and department awards, including the prestigious Police Officer of the Year Award.

Chief Swartz resides in Spring Garden Township with his wife and two children.