On March 24, 2014 at 09:30 the victim reported the theft of an ipad mini device. The theft occurred sometime between March 19, 2014 and March 20, 2014 while she was working at a local restaurant. Any one with information concerning this incident is asked to contact Officer Joseph Dashler at (717)...

On March 11, 2014 at 01:44 AM, police were called to the 800 block of Virginia Avenue for a report of an attempted theft from the victim's automobile. Upon arrival, police learned that an unknown actor(s) broke out a window on the vehicle in an attempt to gain entry to the vehicle. The actor(s)...

On March 07, 2014 at 1:58PM, police were called to York Suburban High School to investigate several recent thefts. Police learned from school staff that several students had recently reported the theft of electronics, and other items such as sneakers from lockers while at school. The thefts began... 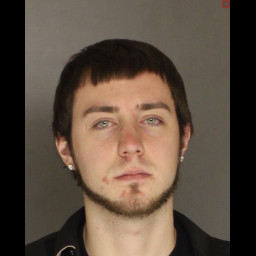 On March 9, 2014 at 04:20, police observed two subjects walking in the area of the Quick 6 located at the intersection of Lancaster Avenue and Mt. Rose Avenue. Upon observing the police car, the subjects fled the area on foot. A short time later these same two subjects were again observed walking...

On March 9, 2014 at 7:11PM, police were called to the first block of Elmwood Boulevard for a report of an attempted robbery. Upon arrival, the victim reported that he observed the suspect inside his car rummaging through the center console. The victim states that when he approached the suspect, he...

On March 09, 2014 at approximately 12:33AM police stopped two vehicles for an illegal turning movement at the intersection of Country Club Road and Smallbrook Lane. As a result of the traffic stop and further on scene investigation the following summary arrests were made: Two male drivers were... 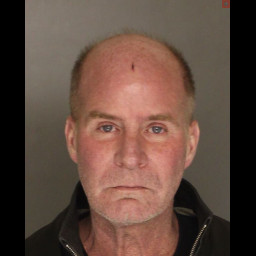 Driving Under the Influence - Alcohol

On March 05, 2014 at 11:58PM, police were called to the intersection of S. Queen Street at Hillcroft Lane for a reported single vehicle crash. As a result of the on scene crash investigation, the operator, Robert Gordon, age 53, of York, PA, was arrested for Driving Under the Influence.

On March 05, 2014 at 17:30 hours, police were called to F&A Auto Sales for a report of a theft from a vehicle. Upon arrival, the owner of the business reported that unknown actor(s) removed a Pennsyvania registration plate from his tow truck while it was parked at the business. The registration...